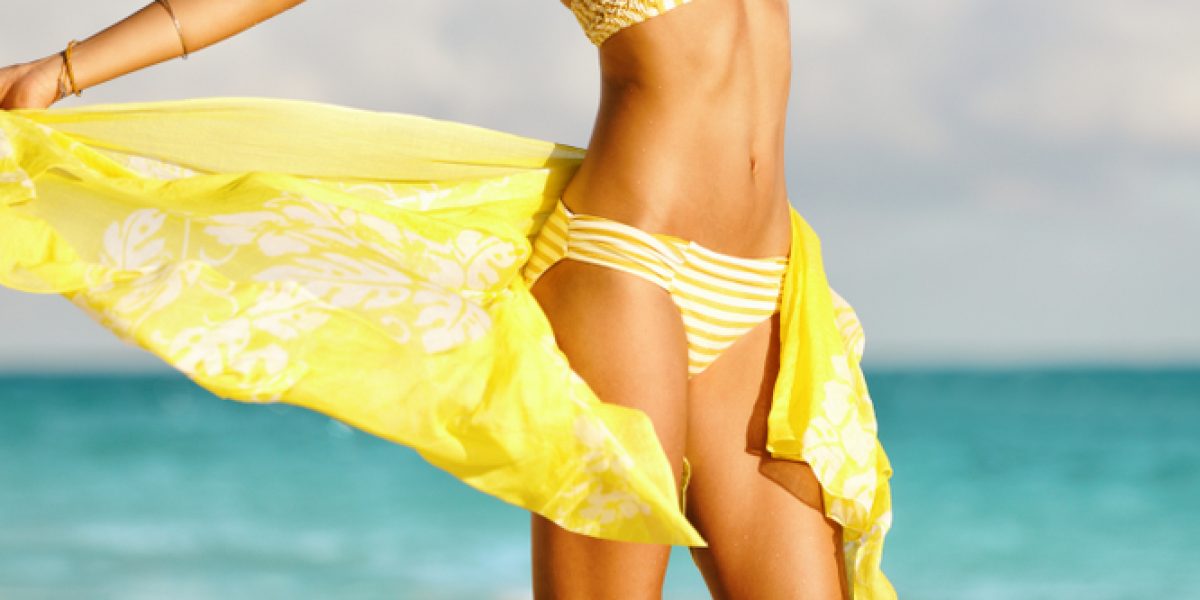 Hair removal nowadays is one of the most important parts of a regular body care. It was known and spread even in the Ancient times because women from all over the world wanted to look attractive and feel free from undesirable body hair. And not only women. The procedure is also common for men – everyone has the right on the beauty!

At Euro Spa Center Salon you can get such procedures as waxing and sugaring of all body parts done, including face and eyebrow shaping. Our Tampa specialists with great waxing experience can perform an epilation in the most painless way because of their great skills in this area.

The usual effect from both procedures lasts for about 3 weeks and then you will need to visit the esthetician again. During the process, the main hair trunk but not its follicle can be removed. So, the next body waxing will be easier to perform because hair becomes less strong and loses its pigment. Another plus of visiting the wax center is the end of the problem with ingrown hair, which often appears after shaving or using an electrical epilator. Also, we use only organic remedies, therefore, you won’t have any allergy reactions. 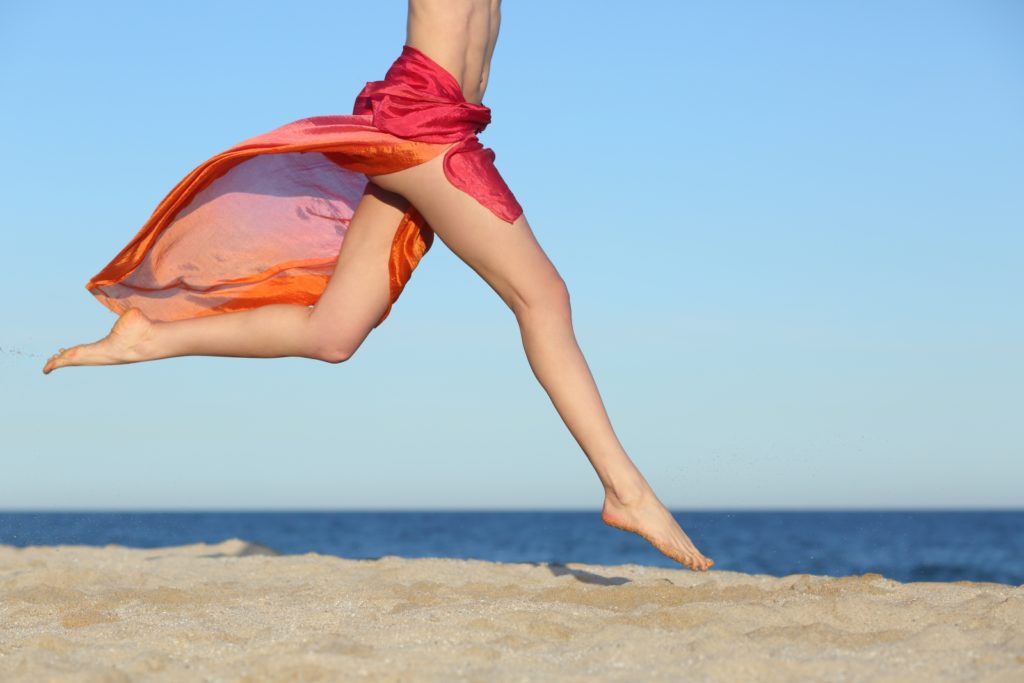 The usage of hard and soft wax is the most common kind of removing undesirable hair. The main procedure of waxing for men and women consists of several steps.

First of all, the esthetician applies some melted wax mixture (about 104 degrees heated) on the skin, from where it is removed then with special strips. After, it is removed from body harshly with special strips, so you won’t feel much pain because of the speed. To get rid of pubic hair it is more useful to apply a hotter type of mixture (up to 140 degrees), especially for a brazilian wax. Due to this, bikini waxing becomes faster and more comfortable, because such temperature makes follicles open and reveal hair.

We can perform the procedure for mostly all parts of body:

For areas with sensitive skin (face, bikini) it is better to use hard wax. Its temperature (about 113-116 degrees) is hotter than of the soft one. Therefore, follicles open faster and wax doesn’t need to stay on the skin for long, this prevents allergies. Also, because of its high temperature, the procedure may be dangerous if you perform it on your own. So, it is better to get such areas as eyebrows, upper lip and bikini line by esthetician!

The hair should be at least ¼ inch long to get best result, so don’t shave at least 8-10 days before the waxing procedure.

To keep the smooth skin for long you can also try sugaring. It is an alternative way of hair removal for female and male clients. It is less hot and aggressive than waxing, so people who aren’t allowed to get this kind of treatment may find the usage of sugar paste more appropriate. 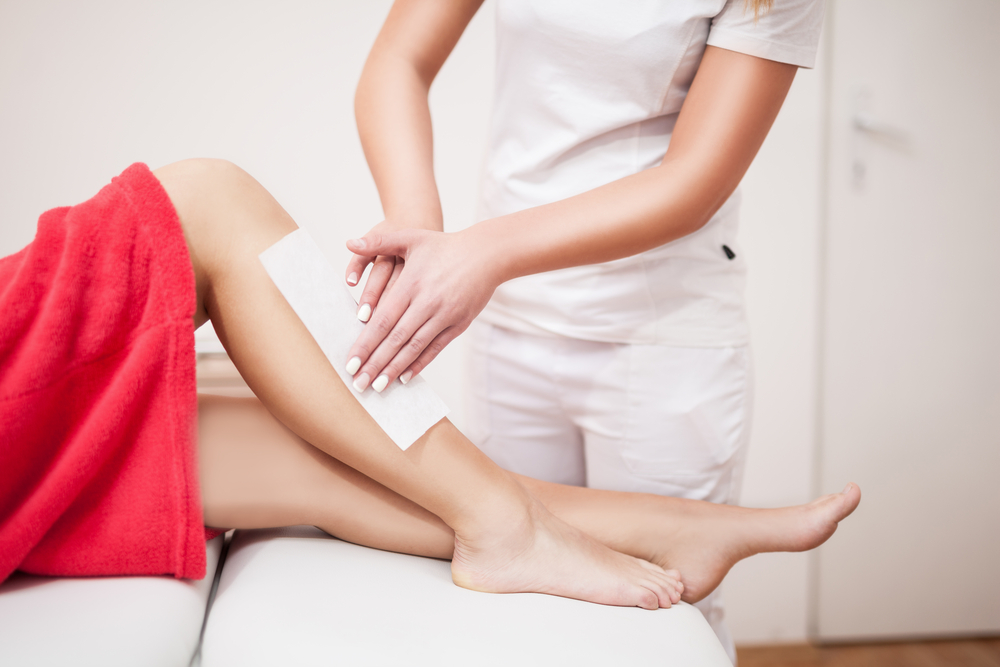 Risks During the Procedure and Their Preventing

Mostly, all the contraindications for waxing service and sugaring are the same. But the second one has less points because it is less harmful and hard. For example, one of the most serious problems is varicose veins near the waxed area, so the use of hot wax is taboo. But instead, you are allowed to get sugaring. It also depends on the state of veins and the hardness of the problem. It is most common for leg waxing. So, you should always tell the esthetician about the existing situation before the procedure in a wax salon. In this case, we can advise the most appropriate and individual option. Also, there are other different skin illnesses and diseases, which don’t allow you to get such kind of treatment.

The most spread are:

Doing leg, arm, bikini waxing and others at home may cause some problems for your skin. First of all, the procedure is always more painful if you perform it on your own. This happens because you will suffer from pain and stop epilating instinctively in the middle of the process. So, it will be a double harm for your skin cover, like passing the same track twice or more times to remove hair. The specialist can do it faster with the use of a painkilling salve and calming post wax gel. It won’t feel intolerable and definitely will be more relaxing.

Our Clients Waxing Before and After Gallery

Waxing Reviews from Our Clients

Anna Esthetics is a beautiful and professional spa. Ang is absolutely the best for your waxing needs!

Provided the fastest response time to an email inquiry and after hours at that—pleasantly surprised because it allowed me to fit in an appointment during my short stay in Clearwater. The esthetician I saw, Angelina, was very attentive and so personable, as if I was a regular client. She made me feel very comfortable and I was very pleased with the results. I will definitely recommend this place to my friends.

I've been coming to Angelika for 3 years now for my waxing. She’s amazing at what she does very nice and professional. Highly recommended. Spa is very clean and beautiful.

Angelika is great for all waxing and sugaring services. Very friendly, personable, and talented ! She has a great touch- would highly recommend her & this spa.

The best spa I have been to. Anna and Staff are very knowledgeable and friendly. The spa offers a wide range of services at great affordable prices. The facility is always very clean and most of all very relaxing. Thank you for doing such a great job and keep up the great work....

I go to Ang for waxing and she is fabulous! She is quick, knowledgeable, and is able to make you feel comfortable. I would highly recommend!

Angelika is QUEEN! Book your all of your wax needs with her! She is super knowledgeable and provides 5 star service. I have super sensitive skin to anything and everything and have had TERRIBLE experiences before but I’ve followed her for 7 years because of her expertise in skin care! HIGHLY RECOMMEND!

I love this place. It's very professional and has a relaxing environment. Easy to find next to the Fat Beet Farm! Ang is the best at waxing, highly recommend. I am also going to get other services there such as an eye lash lift and facial. A must see!!!

Most often, your intimate areas are covered by layers of clothing throughout the year and they rarely get a chance to breathe. There is a way to do away with darker skin in your most private areas. We offer skin lightening treatments to brighten up the skin in other problematic areas, such as your knees, elbows, and underarms.*For full Bleaching  treatment click here.

Intimate Bleaching is the process of lightening the skin around the area you desire. This aesthetic service can be performed on men and women. It does not involve any pain, discomfort, or irritation. It can be performed on legs, elbows, knees, areola, bikini, underarms, inner thighs, derriere, labia, anus and lower abdomen.  Anal bleaching is the most asked area to be treated and isn’t a thing just for adult films anymore. Regular women and men are more and more interested in doing this procedure to liven things up for their partners. Vaginal bleaching is the 2nd most popular area for this procedure.*For full Bleaching  treatment click here.